Forbes: Will The Real Elon Musk Please Stand Up?

This article was originally posted on Forbes.com on 7/17/18.

Elon Musk is quickly garnering a reputation for being more petulant and irritating than inspirational and worthy of praise. Stung by criticism that his mini-submarine designed to rescue the team of boys trapped in a cave in Thailand wouldn’t work, Musk sent out a Tweet that not only labeled him as a thin skinned whiner, the Tweet drove down Tesla’s stock price by nearly 4% in just a few hours.

In the now deleted Tweet, Musk referred to British rescue diver, Vern Unsworth, universally recognized as being one of the key experts responsible for the successful rescue of all trapped kids and their coach, as a ‘pedo’ short for pedophile. Screen shots of the Tweets can be found here.

Condemnation of Musk’s comments poured into social media but in typical Musk fashion, he doubled-down on his original comment by making a bet that Unsworth was indeed a pedophile.

Musk has yet to realize that what he Tweets or says in public can have a negative impact on shareholders and customers. The lack of leadership and maturity by Musk is stunning. Bearing and Tact are two leadership principles that are crucial for executives to learn and exhibit and Musk struggles with each.

I respect Elon Musk. However, it’s becoming harder to like Elon Musk and that’s a shame.

History is littered with high-profile individuals who dazzled politicians, business leaders, the press and average citizens with their brilliance and ability to see things others could not. The person Musk reminds me of the most is Howard Hughes, the famed business magnate and aviator. Being compared to Hughes is both a good and bad thing.

Hughes was known for his outbursts of temper and inability to filter the words coming out of his mouth. Within a few sentences of each other, Hughes could articulate his vision for a grand rocket to transport a crew and passengers to the farthest reaches of the galaxy, while also trashing the reputation of someone, male or female, for no apparent reason. Remind you of anyone? 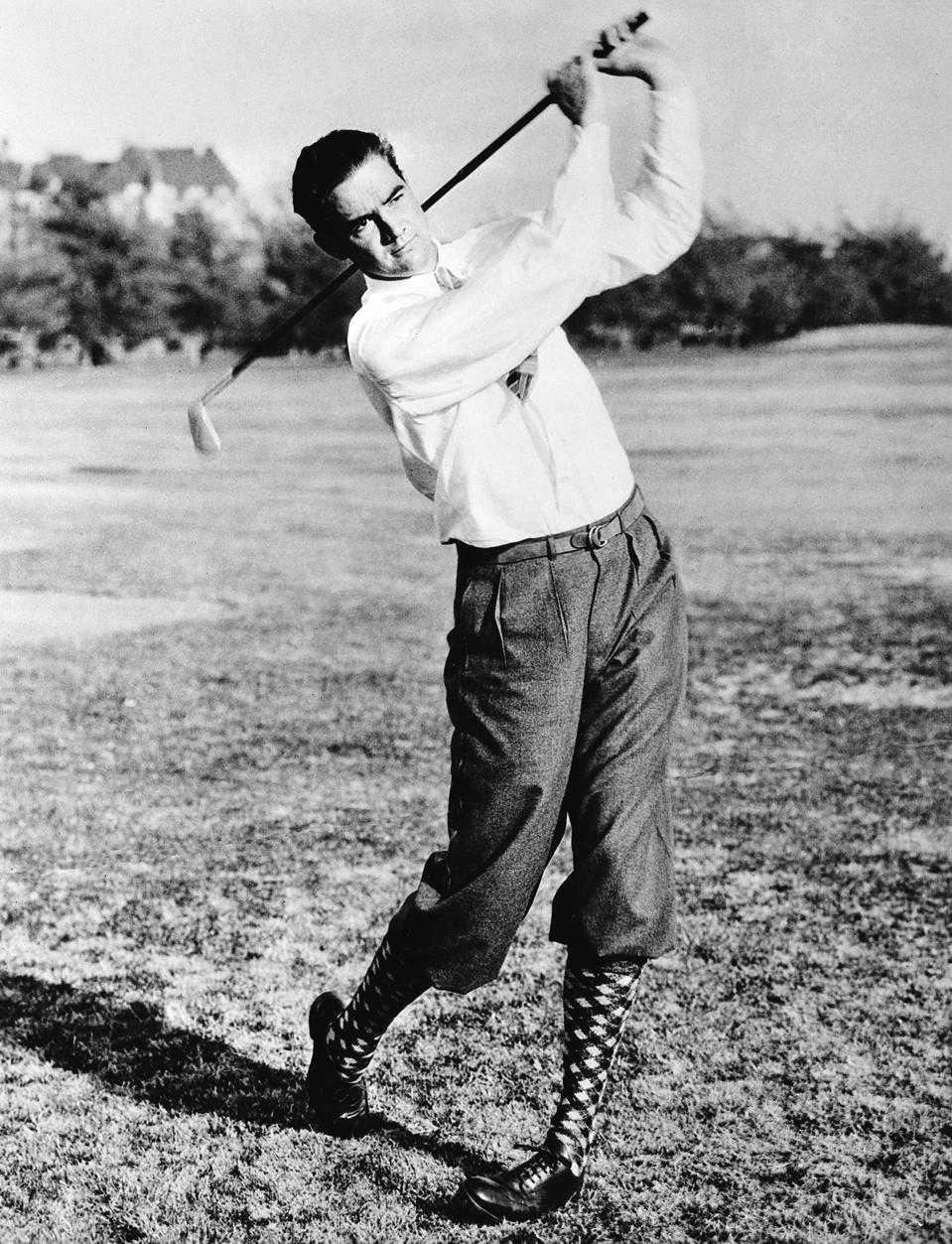 Howard Hughes, industrialist, aviator and movie producer, looks down the fairway while playing a round of golf in southern California during the 1930s. Hughes was one of the most photographed and popular men in the world. (AP Photo)

I have researched Howard Hughes far more than most. In the case of Hughes, one of his biggest mistakes was not establishing a relationship with someone to provide what the Japanese refer to as Hoshin Kanri or “compass management”. The ability to find ones “true north” as a person or a company.

Bill George, Senior Fellow Harvard Business School, defines True North as your orienting point – your fixed point in a spinning world – that helps a person stay on track as a leader. It is derived from a persons most deeply held beliefs, values, and the principles they lead by. It is an internal compass, unique to each person, representing who they are at their deepest level.

Hughes never found his True North and it ruined his life and business empire. Based on Musk’s penchant for saying outlandish things and being hostile to anyone who dares question his ability or ideas, Musk has yet to find his True North, either.

It Is Time For Musk To Find His True North

If Musk is going to insert himself so frequently into our lives through his words, actions and deeds, we as individuals and as a society have every right to agree or disagree with Musk. Publicly labeling someone as a ‘pedo’ because they had the audacity to state a miniature submarine proposed by Musk as a rescue vehicle wouldn’t work, is not OK. In fact, it’s embarrassing that someone of Musk’s accomplishment would be so foolish to make such a comment.

Please consider this a commitment that I will fund fixing the water in any house in Flint that has water contamination above FDA levels. No kidding.

Musk’s offer to find a solution to contaminated water putting the lives of men, women and children at risk is more in tune with what we expect from someone of Musk’s intellect and willingness to help.

Giving Tesla factory workers Red Bull to stay awake to meet aggressive Model 3 production goals (and told to walk through a raw sewage spill to keep the line moving) is another example of how Musk makes us pause in our respect and admiration.

Tesla has racked up $5 billion in operating losses under Musk and the company is likely going to need to raise somewhere between $5-$10 billion in the next couple of years to stay afloat. More automotive industry analysts and hedge fund managers that follow Tesla are raising the alarm that Tesla may go bankrupt. 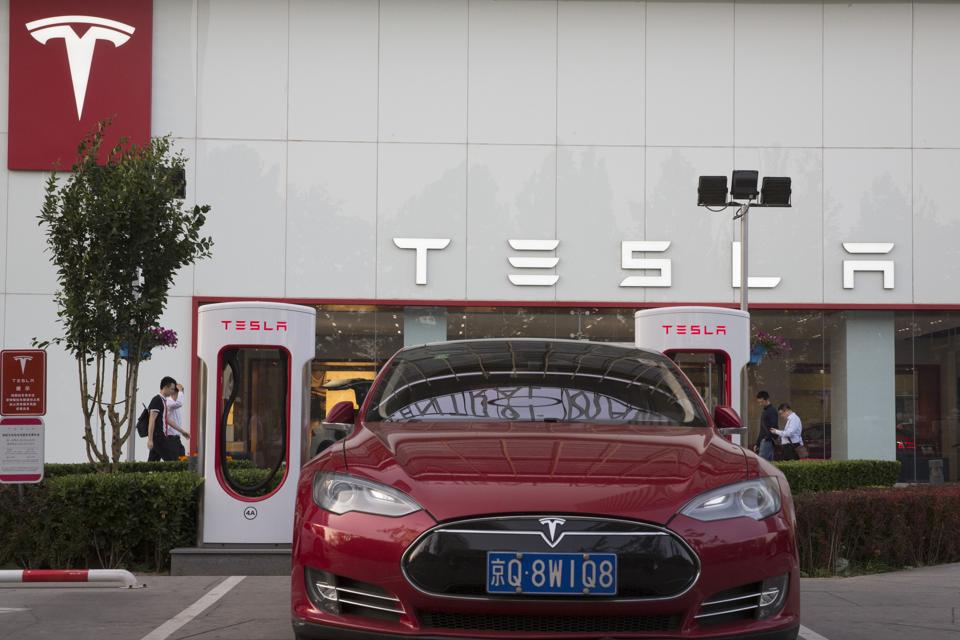 A Tesla vehicle is parked outside a showroom in Beijing, China, Tuesday, May 22, 2018. Tesla has gained a reputation for manufacturing some of the most advanced cars in the world. (AP Photo/Ng Han Guan)

Note to Musk and the Board of Directors at Tesla: If you want Tesla to succeed, hire Annette Clayton, President & CEO of Schneider Electric; former VP, Global Operations and Supply Chain, Dell; and former President of the Saturn Car Company. Elon needs someone he can trust and learn from. Tesla needs an expert in supply chain management and manufacturing.

The bright and brash South African with the big ideas and a personality larger than life has morphed into a person far less deserving of respect than the Musk of just a few months ago. Superman’s weakness was Kryponite. The weakness of Elon Musk is Elon Musk.

Musk needs to step back and reevaluate who he is and what he stands for. Musk can either inspire and lead or irritate and disappoint. The choice is his alone to make. If Musk chooses to cast aside societal norms of acceptable behavior, society may choose to cast aside Musk and his precious car company Tesla, once and for all.

What is your True North, Elon? Please let us know when you find it.

Watch Bill on Wall Street Wrap-Up discussing the economy and COVID-19's effect on the workplace.

Listen to Bill's podcast discussion on the executive search and hiring process.